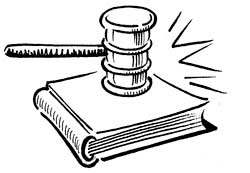 The State’s unlawful conduct during this year’s collective bargaining process, as well as its refusal to agree to many proposals made to ensure safety, make the need for immediate legislative change in the form of interest arbitration for correctional employees crystal clear.

With interest arbitration, the State cannot simply refuse to bargain over wages, hours, or working conditions without consequence.

If the State and the Union cannot reach agreement through contract negotiations on mandatory subjects of bargaining, then your Union would have the right to bring its proposals to a neutral arbitrator, who would decide what the contract provision should be.

A QUESTION OF RESPECT

Correctional workers often assert that they are not treated with the same level of respect as the Washington State Patrol, firefighters, or even County correctional employees. One reason for that disparity is that the other groups have been granted broad interest arbitration rights.

The statistics bear that out in striking detail:

Despite the well-documented stress and dangers of the job, the State still regards all State employees as one in the same and it bargains accordingly.

That must change. To pass interest arbitration legislation, all members need to get involved. DOC Teamsters need to: